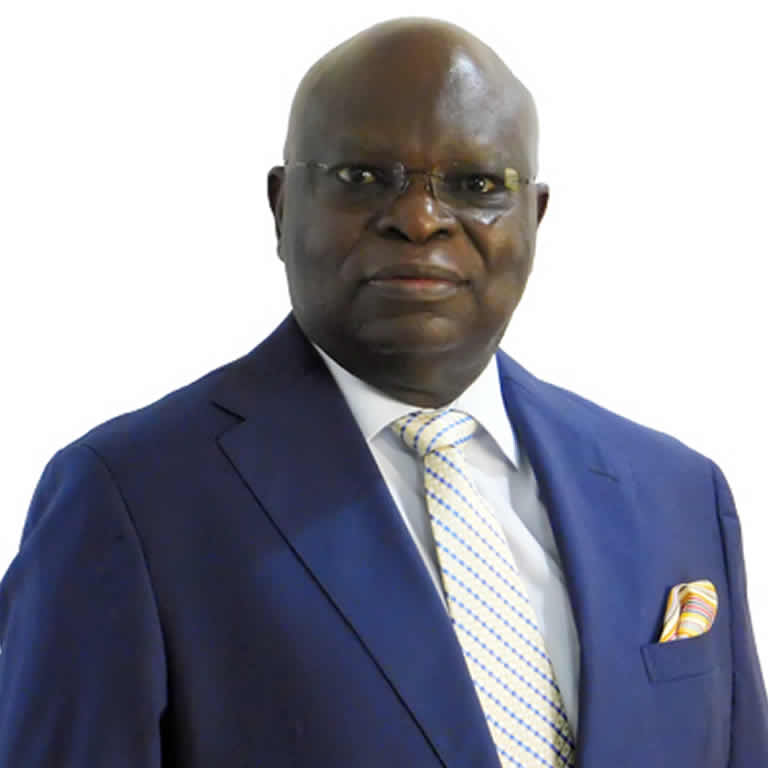 He had three decades of distinguished banking career and voluntarily retired from active banking service after a six years tenure as Bank MD/CEO. His core area of interest was operations and technology -using technology to deliver delightful banking services and products in a very efficient manner.

He is past President of Chartered Institute of Bankers of Nigeria (2012 to 2014) as well as West African Bankers Association (Nigeria Chapter) 2001 and currently the inaugural Chairman of Global Council of Global Banking Education Standards Board (GBEStB) 2017 to date.

Dr. Aina who has been variously described as Nigeria’s finTech envoy, incubated a number of successful fintech startups and sits on the Boards of various institutions in Banking, Insurance, Agriculture, Technology sectors etc. He also serves as a member of the UK-Africa Fintech Investment Group, a UK Government initiative co-Chaired by the Lord Mayor of London and UK Prime Minister Ambassador for Business Fintech.

He holds the Nigeria National honors of Officer of the Order of Federal Republic (OFR) and has received honorary doctorate degrees from three Universities. 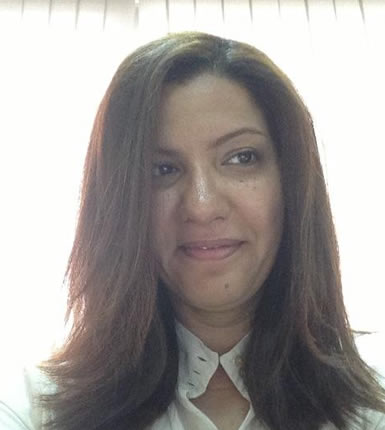 She is the founder and Secretary General of the Egyptian Fintech Association and an Executive Board member at the African FinTech Network – both are non-profit organizations that serve equitable Financial Inclusion economic growth through FinTech and entrepreneurship in general.

Noha Shaker Head the Digital Ventures and Strategic Alliance at CIB for 5 years, where she managed FinTech innovation and all initiatives pertaining to supporting the FinTech ecosystem in Egypt and Africa. She is also a board member at AABFS – driving Banking & FinTech education in the Arab world.

Over the past 20 years, Noha has held previous positions in banking such as Head of Business Development & Product Innovation, as well as Head of Operational Quality Assurance and Customer Experience.

Noha is also a management consultant who has worked on various key projects within the region across various industries including Tourism, Transportation, Energy, Telecommunications and Financial Sector.

She is also a key note speaker and an active member of the entrepreneurial ecosystem in Egypt and Africa, mentoring many successful and promising start-ups collaborating with various programs and foundations.

Noha has collaborated with developmental agencies operating in Egypt to support MSMEs, like USAID SEED program volunteering coaching and training services to build capacity of promising businesses! Worked closely with the CBE to develop the National FinTech strategy announced lately.

Noha is a mentor with Startup boot camp, GIZ accelerator and Tony Elumelu Foundation (TEF) and is an Angel Investor at the AUC network. She is also a Member at the MIT Technology Review Global Panel! 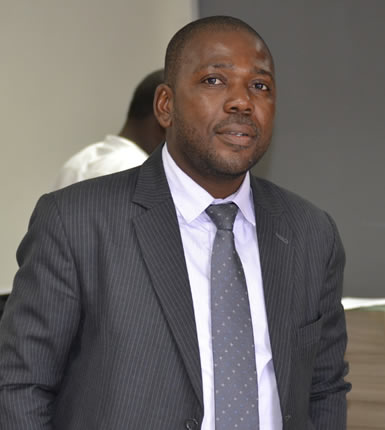 Zianah’s goal is to contribute to Uganda’s Information Technology industry growth in FINTECH and startups. She is committed to contributing and implementing clear strategies for access to markets across Africa.

She is driven by a passion to create a positive impact in the digital economy by integrating transformational business processes into existing businesses through knowledge sharing, training, mentorship and creating linkages in the ecosystem.

Her personal goals are to transform people’s lives and to improve business performance through the use of acquired knowledge, experience, networks and exemplary leadership. She holds a Bachelor’s Degree in Human Resource from Makerere University Business School (MUBS). 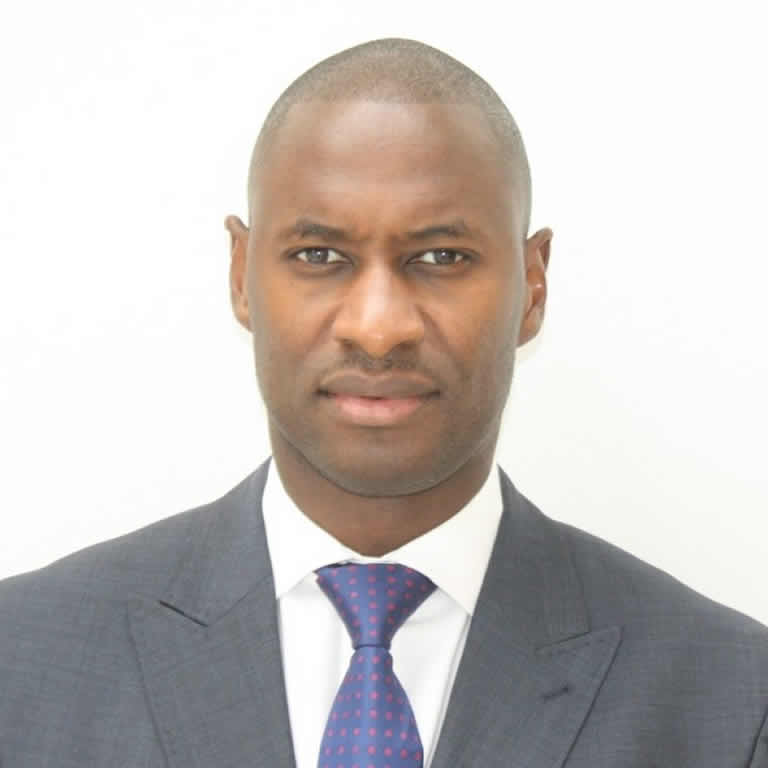 Mr. Papa Mbaye Dieye is the representative of Senegal for the council seat. Mr Papa Mbaye DIEYE brings 20 years of diversified financial services and business technology experience. He is a senior banking, project development and digital transformation Professional with progressive experience in Banking and Finance Industry in national, regional and international exposure – in Digital Financial Services – In FINTECH industry – in Payment System – in Interoperability – in Applications and Business Technology Infrastructure deployment – in Networks Designing & Deployment – in Public and Private Project Finance – Sales & Business Development. He combines a private and public sector institutional background with entrepreneurial, practical approaches and an intellectual interest in new trends and financial services industry transformation. Mr. DIEYE served at the Central Bank of West African States (BECAO) for 09 years, where he led as Managing Director, the implementation of the regional interoperable card processing Centre for UEMOA banks and financial institutions, called CTMI-UEMOA, which merged with GIM-UEMOA in 2009. He was subsequently Director of Cards & E-Banking at BSIC Group (13 countries), Banking Application Projects Group Manager at ECOBANK GROUP, Sales Director at GEMALTO Group (digital security) and Group Senior Consultant for Innovative Business Applications & Technology at COFINA Group. He got an extensive knowledge of UEMOA Financial sector and on top of that he has developed a strong understanding of African financial sector issues and challenges. He is currently Managing Partner at EMERAUDIA, a consultancy firm dedicated to Banking and Microfinance, to digital transformation, to the promotion of inclusive finance in Africa and to government programs. To materialize his passion and his high interest on Financial Inclusion promotion in Africa, he has initiated an African Initiative on Financial Inclusion through the creation of AAPIF (Association Africaine pour la Promotion de l’Inclusion Financière). Mr. Papa Mbaye DIEYE is graduated from Paris IX Dauphine University – France, where he got a Master’s Degree in Finance, a Postgraduate Diploma in Management and a Postgraduate Diploma in Economics. 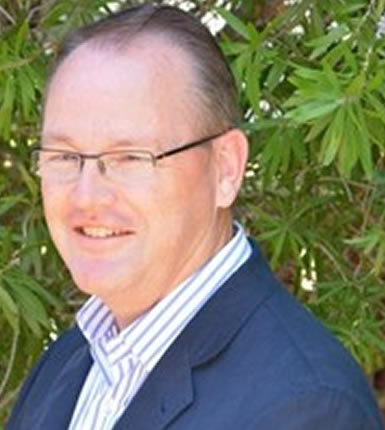 Andrew has worked in the insurance industry for over 30 years and has been involved in technology in insurance for most of that time. Following an initial period in line new business and underwriting functions, in the mid-90’s he joined a small team working on underwriting rules engines. Today that would have been labelled InsurTech!

Since then he has had operational and business development responsibilities which have included Africa, Asia, Europe, North America / Caribbean and the United Kingdom. In 2006 he assumed global responsibility for Swiss Re’s underwriting automation product based in London. There, Andrew was instrumental in authoring and implementing a new strategic product direction which recognised and exploited the value of detailed, risk-focused underwriting data across the policy life-cycle.

Since establishing 4Thawt Consulting in 2013, he has executed projects including rules authoring teams’ (re)establishment and training; designing and implementing new channels and systems enhancements; advice on data utilisation; systems selection and RFP design.

Andrew is now also driving the establishment of The Digital Insurer’s Africa footprint and speaking on the role of Technology in transforming the insurance industry.

Most recently he was instrumental in establishing TDI’s InsurTech Directory a global platform to connect insurers and others interested in InsurTech, with InsurTech solution providers, thereby making it much easier to learn about InsurTech solutions and helping to accelerate the digital transformation of insurance.

He firmly believes that digital insurance is a necessity to unlocking underserved insurance markets, through which uninsured communities can benefit from relevant and meaningful financial protection that insurance provides. 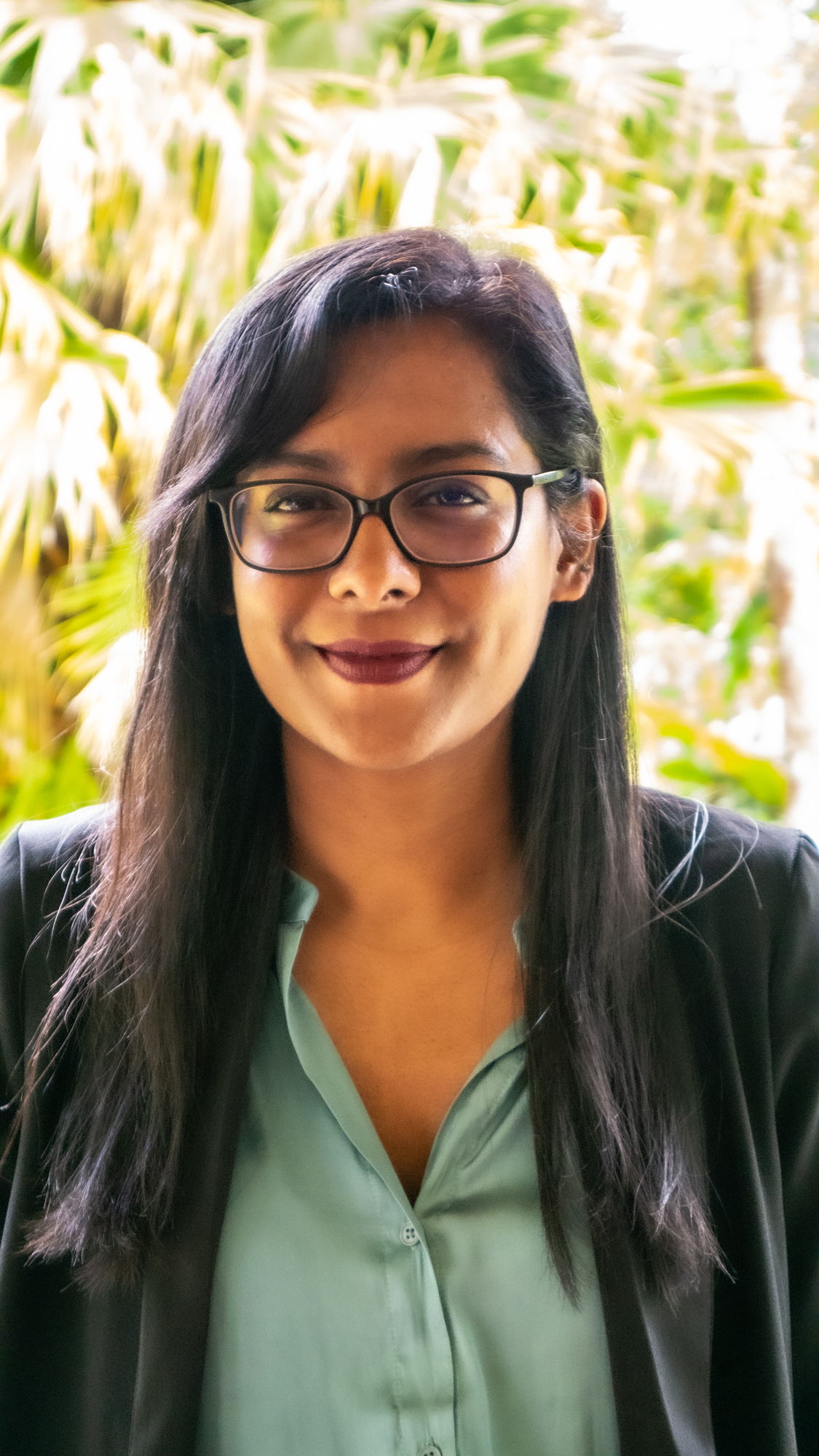 Benazeer is a Mauritian professional with 10+ years of experience in the Marketing & Communications field, with a specialisation in Digital and Project Management.  Over the last decade, she contributed in developing training programmes and business strategies contributing to the development of digital services and products for various clients on the island and in the region.

One of her latest experiences has been in the coordination and management of business and marketing initiatives, ranging from events to research projects, involving local, pan-African and global stakeholders. She currently heads the Mauritius Africa FinTech Hub (MAFH) association as CEO. 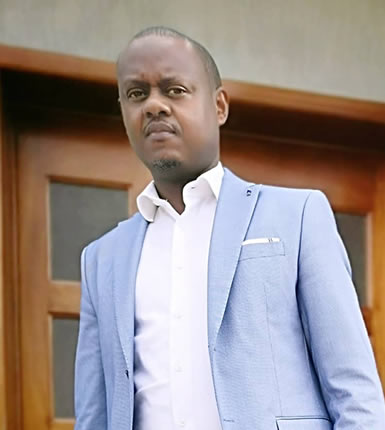 Olivier Mugabonake is the owner and managing director of ADFINANCE LTD, an IT services company specialized in management information systems in the banking sector. He oversees teams of software engineers and support crew. Under Olivier’s leadership, the company develops and continuously improves ADBanking software, the company’s most sold product. During the past five years, Olivier extended the company customer base in 6 African countries which paved the way for the ADBanking software to be used in more than 300 branches of 40 MFIs around the continent. Besides his duties as managing director of ADFINANCE, Olivier also works as a consultant in

information systems and teaches Management information systems. At the beginning of Olivier’s career in microfinance, he worked as a technical advisor for The World Council OF Credit Unions where he was in charge of technical assistance to the largest credit union of RWANDA, Union des Banques Populaires du Rwanda. Currently, he is among other responsabile Business development consultant at World Remit, an international remittance company as well as the acting chairperson of the FinTech association in Rwanda since 2017.

Olivier holds a master’s degree in information systems from Louvain School of Management and is an alumni of Stanford Seed Transformation Program. 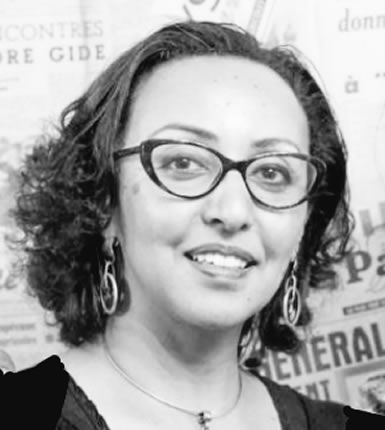 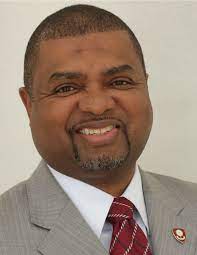 I am a Serial Entrepreneur and regular commentator and contributor on all things Tech and the Policy and Regulatory landscape that straddles this sector across Africa in particular and the world in general.

What keeps me busy full time these days is consulting on Digital Transformation and working on two of my latest startups in the Fintech and eSupply Chain Platform in the FMCG Sector.

I also serve on several Boards both in the private & public sectors. Key among these are: –

I also get great satisfaction by mentoring and investing in Tech Entrepreneurs across Africa. 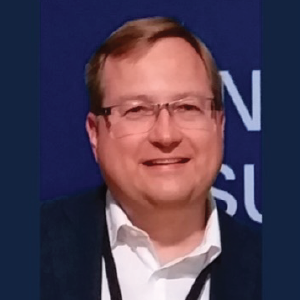 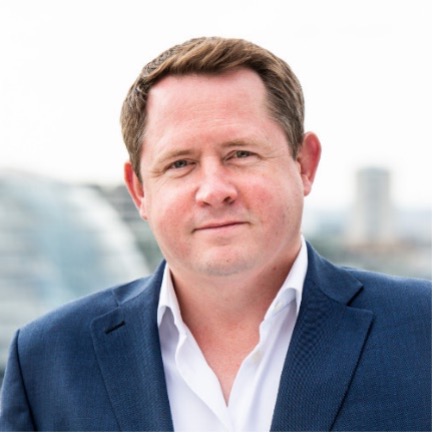 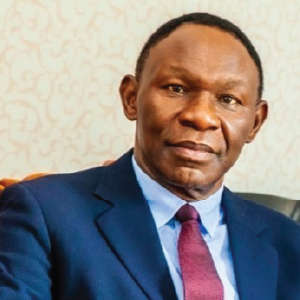 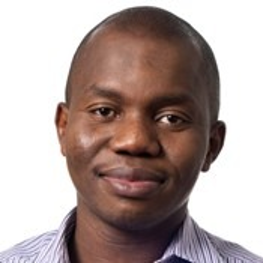 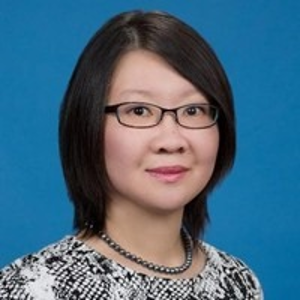 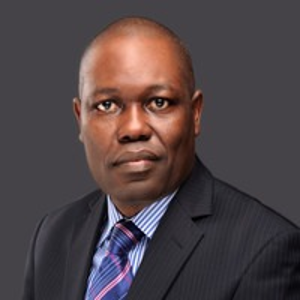 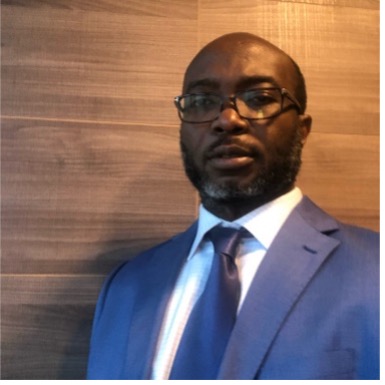 Thanks for your message!
Please, fill in required fields.
An error occurred while sending data :(